Perimeno
What is your take on the scriptural viewpoint on the prohibition on blood as stated in Acts 15? 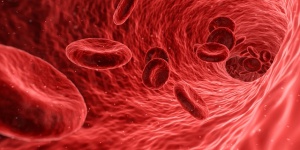