Gérard Gertoux
The Book of Job: Why? 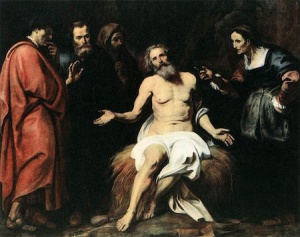 The book of Job is a fascinating publication. First book of the bible that has been written, it gives yet the answers to the main questions of men: why is there evil, and what is the remedy. The book of Job not only recounting the ups and downs of its main character, but offers the hope that human race will experience the relief of his pain by revealing the identity of the redeemer. We must not believe that the question of the universal sovereignty of Jehovah only looks at our little planet, but on the contrary it has an universal dimension: Satan has posed a challenge to Jehovah, thinking that he would not be able to meet it without breaking his own laws. In the heaven a chess game is played that is beyond us.
Gérard Gertoux, in his publication The Book of Job - Chronological, Historical and Archaeological Evidence, try to combine archaeology and biblical text in order to demonstrate the usefulness of the book of Job. The reading may seem daunting, and requires an intense thought to be able to hang on to the ideas of his author, and, even if the thesis is seductive, some doubts remain on some of the explanations. Below you will find an excerpt under the title: The Book of Job: Why? As always, you are encouraged to give your point of view in the space for comments.
Baruq
The book of Job was written to answer two crucial questions: one asked by Satan at the beginning of the narrative: Is it for nothing that Job has feared God? Have you not put up a protective hedge around him and his house and everything he has? (Job 1:9-10) and a second by Job towards the end of his misfortunes: Why do the wicked live on, grow old, and become wealthy? (...) and God does not punish them with his rod (Job 21:7,9). The first question did not involve only Job but also all men who serve God: Satan answered Jehovah: Skin for skin. A man will give everything that he has for his life. But, for a change, stretch out your hand and strike his bone and flesh, and he will surely curse you to your very face (Job 2:4-5). The exemplary behavior of Job facing hardships clearly showed that upright men do what is right by principle rather than by interest (such as the Epicureans). The answer to the question of Job is given in two steps: Jehovah continued to answer Job: Should a faultfinder contend with the Almighty? Let the one who wants to reprove God answer (...) Brace yourself, please, like a man; I will question you, and you inform me. Will you call into question my justice? Will you condemn me so that you may be right? Do you have an arm as powerful as the true God’s, or can your voice thunder like his? Adorn yourself, please, with glory and majesty; Clothe yourself with dignity and splendor. Release the fury of your anger; Look at everyone who is haughty, and bring him low. Look at everyone who is haughty, and humble him, and tread down the wicked where they stand. Hide them all in the dust; Bind them in the hidden place, then even I would acknowledge to you that your right hand can save you (Job 40:1-14). This preliminary basically points out that for justice prevails, one must have the means to enforce it, that is to say be more powerful than the aggressor. After all, Job who was complaining only had to act himself. Thus Job realized how he was unable to eradicate the evil, unlike God. The chief Adversary of God is clearly identified: it’s Satan (Job 1:6-2:7), the Resister. Satan’s power exceeds human power, he is able to encourage looters stealing (Job 1:15,17), he is able to produce storms (Job 1:16,19), diseases (Job 2:7) and generate bad influence upon intimate friends of Job by means of spiritualism (Job 4:15). The answer to the first question is simple: the righteous one serves God by principle, not by interest. The first part of the answer to the second question is also simple: Satan is responsible for evil and is more powerful than men (1Ch 21:1; Zc 3:1-2), however the second part is quite confusing indeed: consider Behemoth and Leviathan (Job 40:15; 41:1). What does this gibberish mean? The two words behemoth “the Beast” and leviathan “encircling”, close to the name Lotan (Gn 36:29), are enigmatic. The more puzzling regarding the answer about Behemoth and Leviathan is that it was understood by Job (Job 42:1-6) but not by most of his successors since God would be regularly charged by senseless ones either of slowness (2Pe 3:9), or impotence (Ezk 8:12), or even to be inexistent (Ps 14:1). However one reads: the wicked ones will act wickedly, and none of the wicked will understand; but those having insight will understand (Dn 12:9-10). The Book of Job gave a warning (Job 5:13) quoted by Paul to the Corinthians influenced by philosophers: For the wisdom of this world is foolishness with God, for it is written: He catches the wise in their own cunning. And again: Jehovah knows that the reasonings of the wise men are futile (1Co 3:19-20), consequently the true insight about the origin and end of evil comes from the Bible itself, not from the wise men of this world. When the Bible says that the wisdom of this world is foolishness, is this warning baseless or not? Currently most translations of the Bible indicate in their notes that Behemoth and Leviathan are two encrypted names in Hebrew for hippopotamus (sûs- ye’or) and crocodile (tannin) “sea monster” in Job 7:12, some translations replace these two names of mammals inside the very text (some even suggest to translate as “dinosaurs”). This bewildering explanation is straightforwardly absurd for the following reasons: 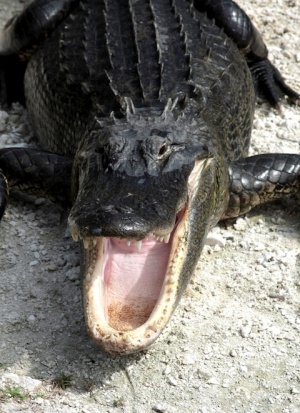 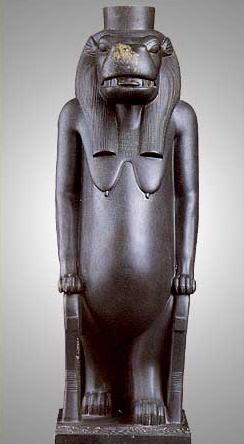 There are also a few similarities with the Egyptian snake called Apep. In Egyptian mythology, Apep (Apophis in Greek) was an evil demon, the deification of darkness and chaos (isfet in Egyptian), and thus opponent of light and Maat (order/truth) and the god Seth in order to protect the sun god Ra, who was traveling in his boat, would slay the serpent Apep whose blood colored in red each sunrise and sunset. In addition, the goddess Taweret (Thoueris in Greek), whose name means “(one) who is great” is represented as a hippopotamus. When paired with another deity, she became the demon-wife of Apep, the original god of evil. Since Apep was viewed as residing below the horizon, and only present at night, evil during the day then was envisaged as being a result of Taweret’s maleficence. As the counterpart of Apep, who was always below the horizon, Taweret was seen as being the northern sky, the constellation roughly covering the area of present-day Draco (Dragon), which always lies above the horizon. Unlike the Mesopotamian and Egyptian mythology the 7-headed serpent is the god of evil, past and present (1Jn 5:19), that will be destroyed at the end of time: Then Jehovah God said to the serpent: Because you have done this, you are the cursed one out of all the domestic animals and out of all the wild animals of the field (...) And I will put enmity between you and the woman and between your offspring and her offspring. He will crush your head, and you will strike him in the heel (Gn 3:14-15); For his part, the God who gives peace will crush Satan under your feet shortly. May the undeserved kindness of our Lord Jesus be with you (Rm 16:20); I saw an angel coming down out of heaven with the key of the abyss and a great chain in his hand. He seized the dragon, the original serpent, who is the Devil and Satan, and bound him for 1,000 years (...) Now as soon as the 1,000 years have ended, Satan will be released from his prison (...) the Devil who was misleading them was hurled into the lake of fire and sulphur (Rv 20:1-2,7,10). The book of Job introduced a new concept: the Redeemer will operate at the end of time simultaneously with the end of evil (Job 14:13-15; 19:25). This was in fact a messianic concept which would become dateable with Daniel’s prophecies: In the days of those kings the God of heaven will set up a kingdom that will never be destroyed. And this kingdom will not be passed on to any other people. It will crush and put an end to all these kingdoms, and it alone will stand forever (...) During that time Michael will stand up, the great prince who is standing in behalf of your people. And there will occur a time of distress such as has not occurred since there came to be a nation until that time. And during that time your people will escape, everyone who is found written down in the book. And many of those asleep in the dust of the earth will wake up, some to everlasting life and others to reproach and to everlasting contempt (Dn 2:44; 12:1-2). A new question would arise: when would the messianic paradise come at the end of time? Gérard GERTOUX
The Book of Job
Chronological, Historical and Archaeological Evidence
Inscripción
Regístrate para ser notificado cuando se publiquen nuevos artículos. Si no desees dar tu dirección de correo electrónico, puedas utilizar un servicio de correo electrónico temporal tipo YopMail o crear una dirección de Gmail reservado para el correo entrante de Baruq.
Lectura recomendada
Examinemos nuestras creencias: la existencia de Dios