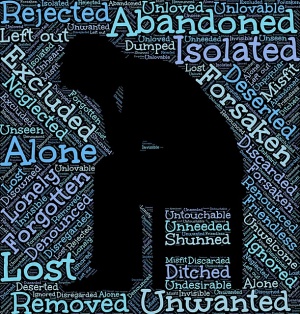 Jehovah's Witnesses are well known for their practice of disfellowshipping unrepentant wrongdoers. But it is not just sinners who lack any remorse that are disfellowshipped or cast out of the organization. Also expelled are persons who may have addiction problems or any who manifest the works of the flesh, such as the apostle Paul listed in Galatians 5:19-21, "immorality, impurity, indecency, Idolatry, sorcery, enmity, strife, jealousy, anger (ill temper), selfishness, divisions (dissensions), party spirit (factions, sects with peculiar opinions, heresies), Envy, drunkenness, carousing, and the like." Since Paul goes on to say that "those who do such things shall not inherit the kingdom of God”, any who are baptized Witnesses and are guilty of practicing such things are put out of the organization, they are disfellowshipped.
”My dear child, don't shrug off God's discipline, but don't be crushed by it either. It's the child he loves that he disciplines; the child he embraces, he also corrects. God is educating you; that's why you must never drop out. He's treating you as dear children. This trouble you're in isn't punishment; it's training, the normal experience of children. Only irresponsible parents leave children to fend for themselves. Would you prefer an irresponsible God? We respect our own parents for training and not spoiling us, so why not embrace God's training so we can truly live? While we were children, our parents did what seemed best to them. But God is doing what is best for us, training us to live God's holy best. At the time, discipline isn't much fun. It always feels like it's going against the grain. Later, of course, it pays off handsomely, for it's the well-trained who find themselves mature in their relationship with God." —Hebrews 12:7-11; MSG
What is involved in being disfellowshipped? Is it for the purpose of disciplining or punishing the guilty individual? As we shall see there is a difference. Concerning disfellowshipping, the Watchtower of 1991, April 15, pages 15-16, under the heading “Will You Imitate God’s Mercy?” says,
What is involved in disfellowshipping? We find an object lesson in the way a problem was handled in the first century. A Christian in Corinth engaged in immorality with his father’s wife and did not repent, so Paul directed that he be expelled from that congregation. This had to be done to protect the cleanness of God’s people, for “a little leaven ferments the whole lump.” Expelling him would prevent his wickedness from dishonoring both God and His people. The severe discipline of being disfellowshipped might also shock him to his senses and instill in him and the congregation due fear of God. —1 Corinthians 5:1-13; compare Deuteronomy 17:2, 12, 13
Here we have an example of a wicked person being expelled from the Corinthian congregation. Was it for the purpose of "severe discipline" that the man was put out and handed "over to Satan" as Paul directed the congregation to do? (1 Cor. 5:5) What is discipline as used in the scriptures? According to an article in the Watchtower on this question, under the heading "Appreciating the Purpose of Discipline”, it said:
WHAT comes to mind when you hear the word “discipline”? One dictionary defines discipline as “the practice of making people obey rules or standards of behavior, and punishing them when they do not.” Although this is by no means the only accepted definition, many people today ascribe a similarly negative connotation to anything that has to do with discipline.
The Bible, however, presents discipline in a different light. “The discipline of Jehovah, O my son, do not reject,” wrote wise King Solomon. (Proverbs 3:11) These words refer, not to discipline in general, but to “the discipline of Jehovah,” that is, discipline based on God’s lofty principles. Only such discipline is spiritually productive and beneficial—even desirable. In contrast, discipline that is based on human thinking that is in conflict with Jehovah’s lofty principles is often abusive and hurtful. That explains why many have a negative attitude toward discipline.
Why are we urged to accept Jehovah’s discipline? In the Scriptures, divine discipline is described as an expression of God’s love for his human creatures. Thus, Solomon went on to say: “The one whom Jehovah loves he reproves, even as a father does a son in whom he finds pleasure.” —Proverbs 3:12” (w03 10/1 p. 20 Appreciating the Purpose of Discipline) (bold mine)