Robert King (e-watchman)
Babylon the Great – What is it? 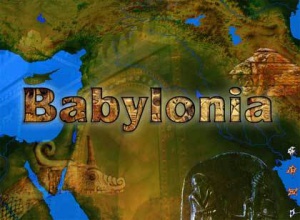 One of the most intriguing mysteries of Revelation has to do with the identity of the symbolic Babylon the Great. There are various interpretations of what “Babylon the Great” represents. For example, one of the latest interpretations is that Babylon the Great is America. Others think that it is the old Roman Empire or the Vatican. In fact, back in the 1850’s Alexander Hislop, in his book The Two Babylons, made a compelling case that the Catholic Church is the symbolic harlot. The Catholic Church, though, says that they are not the great harlot, but that apostate Jerusalem and pagan Rome fit the profile of the whore of Babylon. 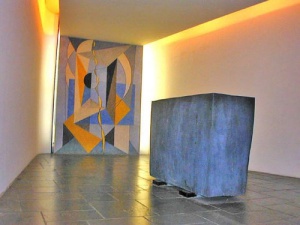 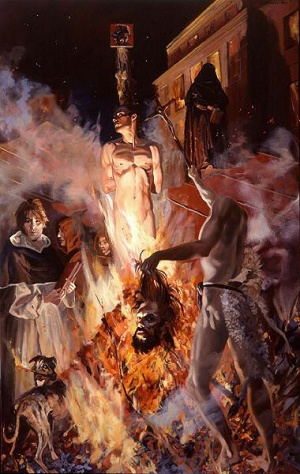 But, besides lending support to general and religious warfare, Babylon the Great is specifically charged with persecuting and murdering Jehovah’s prophets and holy ones. Revelation 18:24 says in full: “Yes, in her was found the blood of prophets and of holy ones and of all those who have been slaughtered on the earth.” The term “holy ones” applies specifically to anointed Christians. In the first century many of the holy ones were killed by fanatical Jews and Roman pagans. Later the Catholic Church persecuted, tortured and executed many thousands of Christians deemed to be heretics. No doubt some of those victims were genuine holy ones, such as the Waldenses of Southern France. In the 20th Century, Christendom has taken the lead in outrightly persecuting Jehovah’s Witnesses and has used her considerable political influence to cause the governments and politicians to enact regulations aimed at suppressing our work. The Holocaust Museum, in Washington D.C., documents the trials and tribulations of Jehovah’s Witnesses during the Nazi Holocaust in Europe. But, Jehovah’s Witnesses have suffered religious persecution in other nations as well. For example, during the 1950’s, in the Canadian province of Quebec, Jehovah’s Witnesses were bitterly persecuted by the Catholic Premier and the Catholic Church. More recently, the Russian Orthodox Church has sponsored the banning and persecution of Jehovah’s Witnesses in the former Soviet nations and Russia. Religious intolerance and fanaticism has resulted in persecutions in Armenia, Turkmenistan, and Georgia. The Greek Orthodox Church has been behind decades of rabid persecution of Jehovah’s Witnesses in Greece. Catholic influence in France was evident few years ago, whereby Jehovah’s Witnesses were punitively taxed. In fact, some French legislators apparently wanted to make any sort of preaching a crime. Unbiased observers recognize that even in a bastion of democracy like the United States, that Jehovah’s Witnesses have had to go to extraordinary lengths to secure their constitutionally guaranteed freedoms. The above-cited examples of religiously motivated persecution, reveals the underlying hostility and animosity that Babylon the Great harbors against Jehovah God and those who bear his name. The question naturally arises:  Where will such enmity lead in the future?
Inscrição
Inscreve-te para ser notificado quando novos artigos são publicados. Se não quiser dar o teu endereço de e-mail, podes usar um serviço de e-mail temporário tipo YopMail ou criar um endereço do Gmail reservado para receber os e-mails do Baruq.
Posts em destaque
Vamos examinar nossas crenças: a existência de Deus